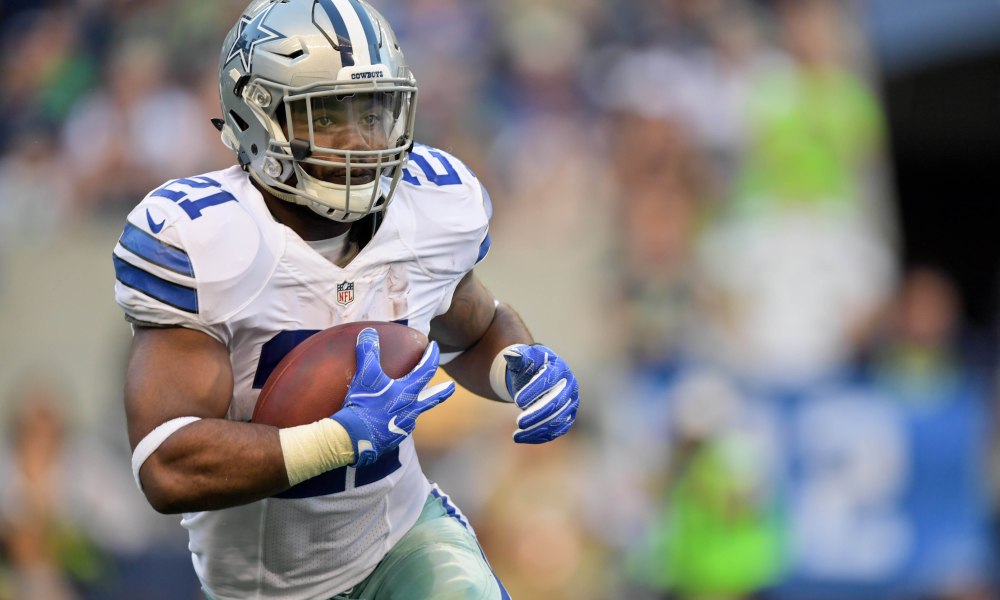 The Columbus (Ohio) City Attorney’s Office announced it has declined to pursue charges against Dallas Cowboys running back Ezekiel Elliott in an alleged domestic violence incident from July involving a former girlfriend.

The office said it declined to pursue charges because of “conflicting and inconsistent information.” It also said Elliott was cooperative in the investigation and offered up affidavits and photographs to support his case.

NFL spokesman Brian McCarthy said Tuesday that Elliott still remains under review by the NFL for potential discipline. A player does not need to be formally charged with a crime to be punished under the policy.

Elliott’s attorney, Frank C. Salzano, said his client is “looking forward to putting this behind him and continuing his focus on all things positive, both on and off the field.”

Stacy Elliott issued a statement about the DA’s ruling out charges against his son to ESPN’s Liz Merrill that read, in part: “I’m very relieved. I thank the prosecutors for being fair, for weighing out the evidence as it was presented. I want to thank Ezekiel’s legal team for its diligence.”

Thompson also accused Elliott of striking her “several times” and “leaving bruises on her arms” over a five­day period in July, according to a second police report. Elliott, however, told police that he never touched Thompson in “a harmful manner,” saying she suffered the bruises during a bar fight.

At the time, Elliott denied the charges and the Cowboys have supported the rookie through the investigation.

ESPN typically does not release the names of alleged domestic violence victims, but Thompson, 20, posted Instagram photos showing bruises on her body. One of her posts was tagged to Ezekiel Elliott.

The Cowboys open the regular season Sunday against the New York Giants.